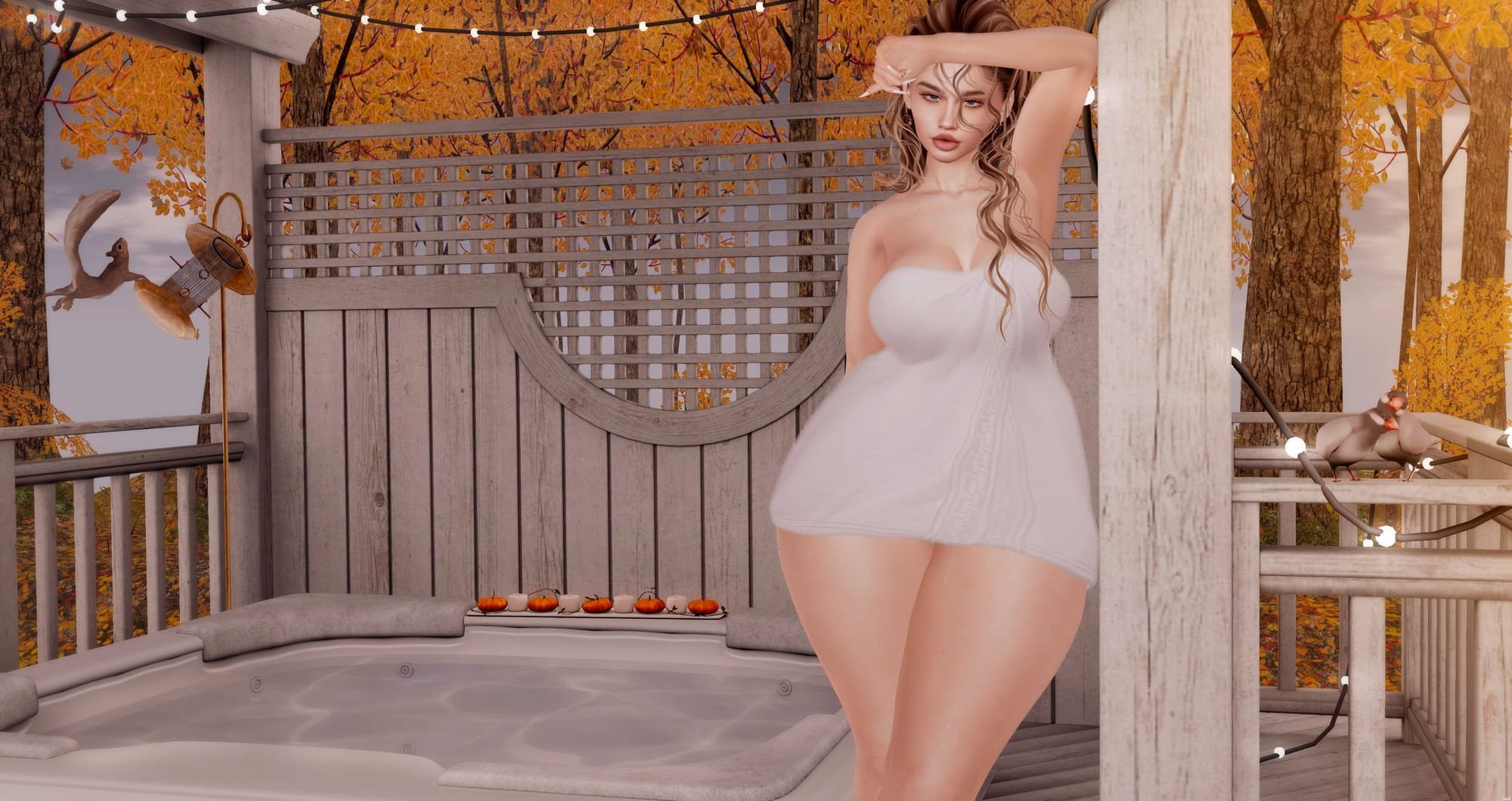 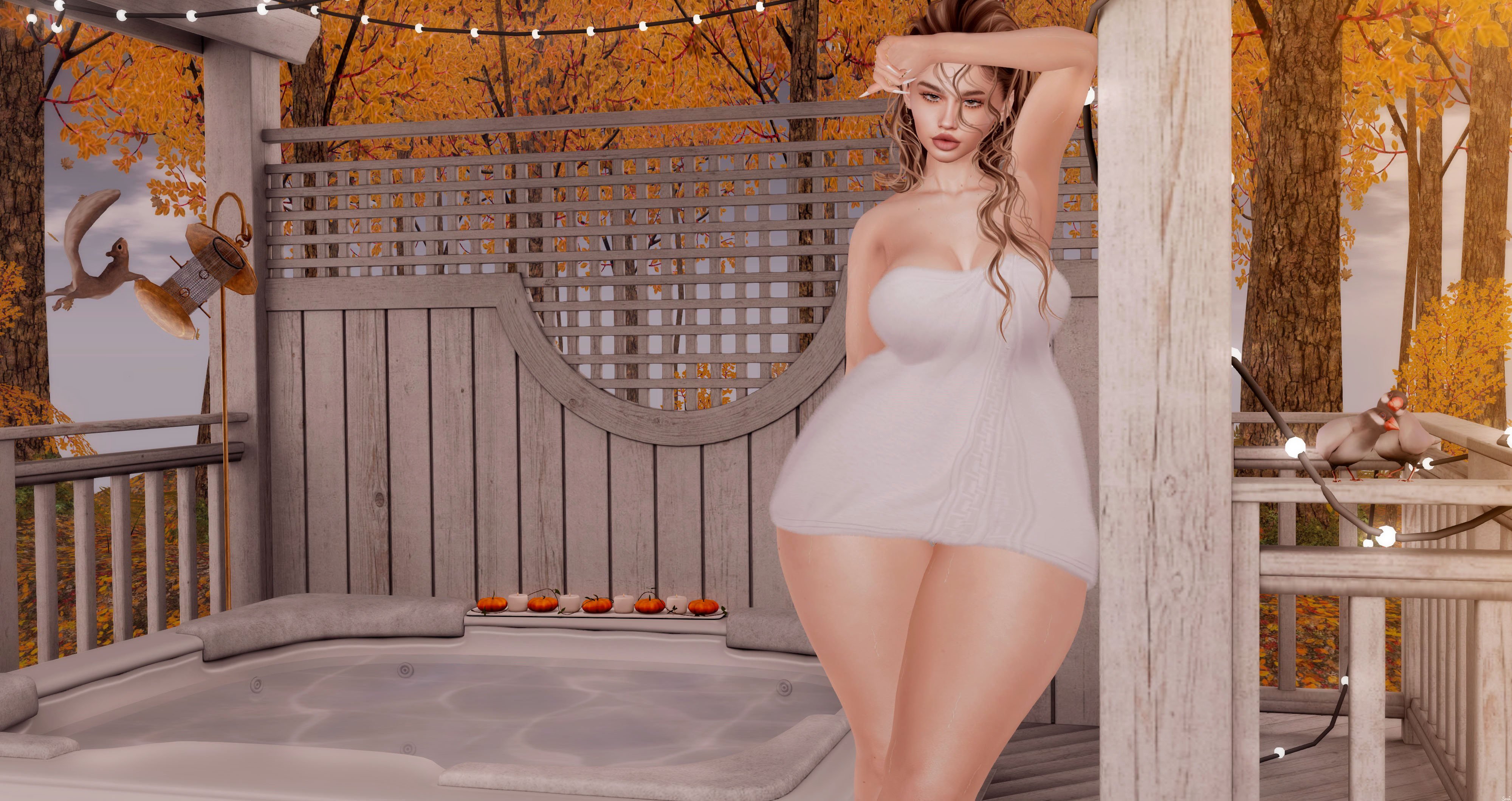 Cynful will be releasing this towel & water drops at Equal10 on the 10th of October. There are 25 colors to choose from with a bonus 6 colors in the fatpack. Robe has modest, normal and risque option, also includes fluffy and fluff version. Fitted for Lara, Petite, Freya, Reborn, Legacy, Perky and Kupra. Water drops are animated and opacity and color of drops can be changed in the hud.

This K&S gazebo with jacuzzi can now be found at the mainstore, level 2. There are three different colors to choose from with adult and pg versions available.